Aalberts surface technologies Villers-Cotterêts is your specialist for anti-corrosion and anti-wear surface treatment in France. 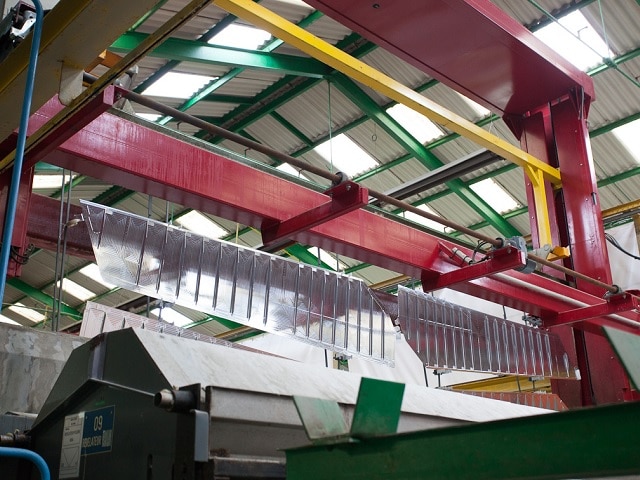 The company was founded in 1952 and joined Aalberts in 2005. We are adopting the name in 2021 according to the will of having one name for all entities belonging to Aalberts.

Bringing service to the aerospace, defence and space sectors, we are the reference for all surface treatment on aluminum and titanium alloys.

On the Villers-Cotterêts site we offer you the following services:

Our site can accommodate small parts but also large parts, up to 5.5m.

The result on the Aalberts surface technologies Villers-Cotterêts gender equality index is 89% for 2022 using data from 2021.

quality at the service of the most demanding clients

This has enabled us to gain the trust and qualifications from largest clients such as DASSAULT-THALES-SAFRAN-AIRBUS- NEXTER-MBDA-COLLINS- RATIER FIGEAC.

In Villers-Cotterêts, our team has put efforts and investment to reduce impact on environment and has implemented alternative solutions to get rid of treatments using Chrome VI.

E-Coating, allows in a single step to combine an anodic undercoat and a paint film with a controlled and thinner thickness and a shorter cycle time. The paint application is similar to a spray application with better performance (anti-corrosion and adhesion). It is possible to produce parts of any geometry, on titanium or aluminum alloys. Problems with grains or drips cannot occur as it is an anodized application. Combination with post or pre-treatment can be also performed.

We are also gradually replacing CAA by TSA, developed by AIRBUS, to comply with REACH legislation and the removal of chromium VI. This process can be applied to all grades of aluminum alloys and provides good paint adhesion. The combination of the two (TSA + paint) gives a very good corrosion resistance. This anodization forms a thin layer of 2 to 7 µm.

We are also able to offer a REACH substitute for Alodine 1200 (chemical conversion). Surtec 650, a process that ensures the same properties: good adhesion, a paint bonding base, good anti-corrosion protection and electrical continuity.

from innovation to quality

We see ourselves as far more than applicators, it is our aim to be innovators. Patents are developed and registered.

To continuously improve our internal performance, we work in cooperation with our customers and other entities from Aalberts as part of development programs.

Our research is developed in our laboratories or in our production workshop.

Past and current developments and patents:

Our main processes used are:

Controlled shot peening is a sensitive technique, based on the structural transformation of materials.

The process consists of putting mechanical parts under superficial compression by the projection of small steel, glass or ceramic beads. Applied on the entire surface to be treated or only on certain areas, this microbead blasting operation creates a compressed area which increases the surface hardness of the parts concerned and decreases their deterioration due to fatigue.

Performed mainly for the aeronautical industry, it is applied on titanium as well as on primary light alloy parts.

Applied with a brush or spray gun, they are designed to improve the slip properties of the treated parts.

Blue Etch (blue attack) is an anodizing process performed in a bath of trisodium phosphate followed by a controlled pickling operation to remove the oxide layer formed during this phase of anodizing.

The purpose of the process is to highlight the structure and detect visible indications on the surface such as:

Alodine 1200 is an exclusively chemical, simple, economic and effective process, for long-term protection against oxidation of the surfaces of aluminium or light alloys.

Alodine 1200 treatment was developed for the protection of surfaces that are intended not to receive, or only to receive locally, a paint finish (salt spray >168h), but it is also a perfect preparation before painting.

It ensures maximum adhesion and excellent holding over time of the finishes applied, due to the perfect chemical stability conferred on the treated surfaces.

Alodine 1200, used with heat treatment, forms a protective coating on aluminium or alloys virtually without an increase in thickness. The colouration of this coating varies from yellow to brown depending on the type of alloy or the degree of purity of the metal. Alodine 1200 is certified according to the MIL C 5541 standard.

The BF5 process is covered by a patent and a trademark registered by SGI; it is a chromic anodizing process which is characterized by its simplicity and reliability of use.

Electrolytic conversion treatment is applicable on aluminium alloys. Its characteristics are as follows:

BF5 chromic anodizing is used for primary parts constituting aircraft fuselages and in precision engineering. It is also useful as temporary protection and receipt inspection of plate intended for the aeronautical industry. Finally, it can create savings in the event of subsequent hard anodizing.

The duration of this treatment is 20 to 60 min, the thickness of the oxide film obtained depends on the chemical composition of the alloy and varies according to the application sought and the industrial sector concerned. It is usually 5 to 25 µm. The treatment leads to a swelling equivalent to 33% of the thickness of the film and a slight increase in the surface roughness. The oxide layer is mainly composed of a porous structure. Sealing treatment by hydration of the porous layer is necessary to achieve the maximum corrosion resistance, but paint adhesion decreases significantly. It is possible to colour the coating, a bright metallic colour is obtained by chemical colouration: black, red, blue or green.

Electrolytic colouring, by the deposit of a mixture of oxides and metals, produces shades of gold, bronze and black that are very solid under light. The colouring operation is located before the sealing.

Compared with chromic, sulphuric and hard anodizing carried out on aluminium alloy, the structure of the film obtained on titanium by sulphuric anodizing is different. In this latter case, it is a barrier type film, i.e., thin, compact, and non-porous.

Unlike in the case of lightweight alloys, to the extent that there is no “porous part” over the “barrier part” neither the sealing nor is the colouring operations are performed.

After the anodizing process a further treatment will often be applied. It could be paint or a dry lubricant such as MoS2 or PTFE based varnish.  It should be noted that titanium surfaces treated by anodizing are very sensitive to handling and stain easily.

Anodizing allows us to obtain oxide films of controlled thickness, and the colour is the result of the optical interference of white light.

The optical interference effect comes from the fact that the incident light is partly reflected, and partly transmitted and refracted in the oxide film. The light reaching the metal / oxide interface is again partly absorbed, but mostly reflected in the oxide film. Several reflections may take place, during which it dephasing occurs.  The beam that finally emerges provides optical interference resulting in a light of reduced wavelength; in other words, coloured light reaching the eye.

In most cases, anodizing is conducted in such a way as to obtain a blue tinted film. However, there are exceptions for decorative films (jewellery, eyewear, etc.) or technical films which are thick and of different colours.

It is generally performed in a bath containing about 40 g/l of sulphuric acid and 80g/l of tartaric acid, at a temperature of 35 to 40°C. The constant voltage is 14/15V. The cycles of approximately 25 minutes include a voltage rise of 5 minutes and then a steady state of 20 to 25 minutes. The sulpho-tartaric anodizing forms very thin layers, 2 to 7 µm (thicknesses similar to those formed during a CAO). It creates good corrosion resistance thanks to the adhesion of the paint films; painting is performed on an unsealed layer. Its influence on the fatigue characteristics is moderate (reduction in the order of 20 to 30% compared to the bare substrate, like that induced by a CAO).

In the case of unpainted parts requiring high corrosion resistance the anodizing cycle is extended to approximately 15 minutes (long cycle STA) to obtain a thickness of 5 to 7 µm and then sealing is done in 2 steps, the first consisting of impregnation with a trivalent chromium based solution followed by hydrothermal sealing in water at 98°C.

Via the deletion of the chromium hexavalent, which is toxic and carcinogenic, this process complies with the REACH Regulation.

The process implemented is electro-depositing of paint and consists of submerging the workpiece in a bath of water-based electrically conducting paint.

A potential difference is applied between the part and a counter-electrode by connecting the part to the positive pole (anode, hence the name anaphoresis) and the counter-electrode to the negative pole (cathode). The resulting effect is accompanied by the migration of particles of paint in suspension from the cathode to the anode. These are then deposited uniformly on practically the whole area of the part immersed. The operation only lasts for a few minutes in a continuously stirred bath.  The paint is then drained off and polymerized in an oven at a temperature below 120°C.

Considering the significant thicknesses of the oxides formed in hard anodizing, it may be necessary to consider variations in the dimensions of parts. It is sometimes necessary to grind the coating after anodizing to restore the surface condition.

The paint used is mainly composed of water (80%) and contains less than 5% of organic solvents. Consequently, the presence of an ATEX area is not necessary. The process used does not contain heavy metals or chlorinated solvents and its VOC level is limited.

All conductive materials (titanium alloys, aluminium, Inconel, stainless steel, etc.) and for all modes of transformation. 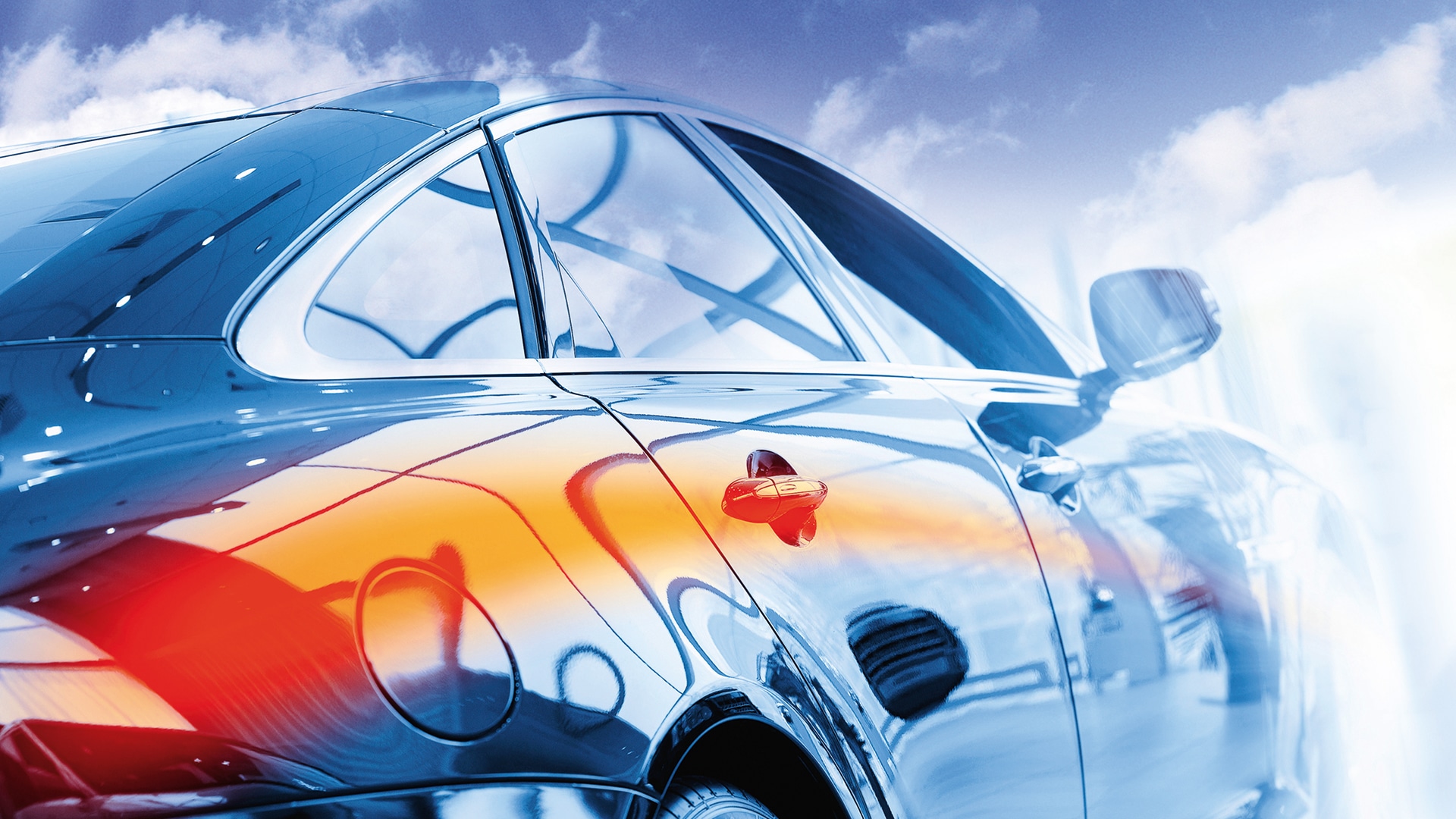 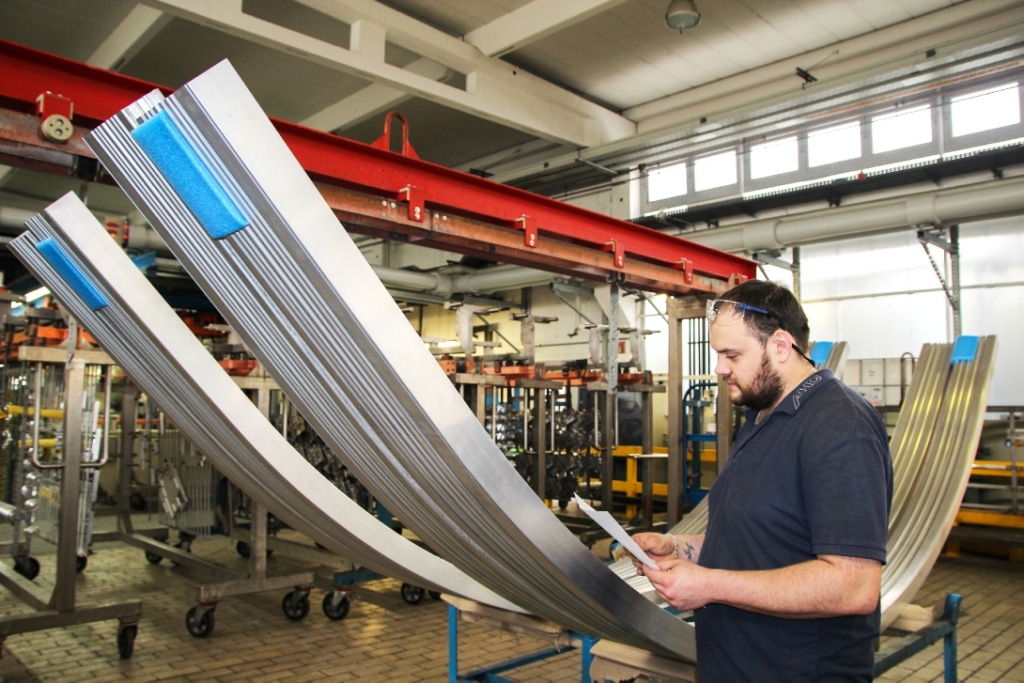 Menu
Menu
Menu
cookies
The Aalberts websites use cookies (read more) to analyse website usage and improve usability. We also use third party tracking-cookies to measure user preferences, enable content sharing on social media and interest-based advertising. If you hit 'accept' you allow to us to place the different types of cookies.


settings
accept all
Manage consent
privacy overview
This website uses cookies to improve your experience while you navigate through the website. Out of these, the cookies that are categorized as necessary are stored on your browser as they are essential for the working of basic functionalities of the website. We also use third-party cookies that help us analyze and understand how you use this website. These cookies will be stored in your browser only with your consent. You also have the option to opt-out of these cookies. But opting out of some of these cookies may affect your browsing experience.

privacy overview
Necessary Always Enabled
Necessary cookies are absolutely essential for the website to function properly. These cookies ensure basic functionalities and security features of the website, anonymously.
Functional
Functional cookies help to perform certain functionalities like sharing the content of the website on social media platforms, collect feedbacks, and other third-party features.
Performance
Performance cookies are used to understand and analyze the key performance indexes of the website which helps in delivering a better user experience for the visitors.
Analytics
Analytical cookies are used to understand how visitors interact with the website. These cookies help provide information on metrics the number of visitors, bounce rate, traffic source, etc.
Others
Other uncategorized cookies are those that are being analyzed and have not been classified into a category as yet.
Save & Accept